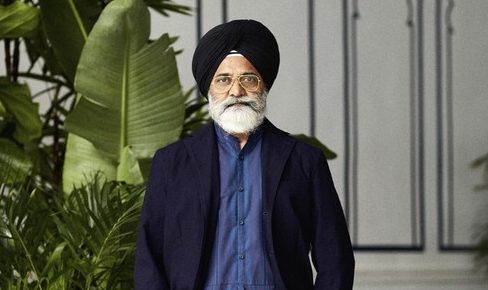 From Taxi Driver To Runway Model

It was just another weekday afternoon in Midtown Manhattan. The bustling streets were packed with cars carrying their passengers to and from every nook and cranny of New York City. As usual, those streets were brimming with the iconic yellow taxis that have become a symbol of American transportation.

One of those taxis was driven by Ajit Singh Bharth, a 62 year old man with a thick white beard and large gold-rimmed aviator bifocals. Mr. Bharth was dropping off a passenger at an intersection, when Quinton Clemm (an executive at a top men’s fashion brand) got a glimpse of the cab driver from a few feet away. Clemm was shocked at how “awesome” Mr. Bharth looked, and knew he had to get him involved in the NYC Men’s Fashion Week — one of the world’s biggest fashion events, taking place the very next day.

Clemm took off running down the street to catch Mr. Bharth, who had already pulled away from the curb. Two blocks later, the fashion executive was able to flag the cab down, and couldn’t contain his excitement once he got inside. He made the proposal to Mr. Bharth: the next morning, would he be willing to walk the runway as one of the featured male models?

As you might expect, Mr. Bharth was taken aback, but after some deliberation he agreed. “I said okay, it will be a new experience in my life,” the veteran cab driver later explained to the Wall Street Journal. What an experience it turned out to be: Mr. Bharth was a success that morning, despite admitting that he tried to avoid eye contact with too many people.

So, is Mr. Bharth headed to a life in the entertainment or fashion industry after his surprise modeling debut?

It’s not likely: after walking the runway at the fashion show, a process which took about an hour, Mr. Bharth got back in his taxi and resumed picking up fares.